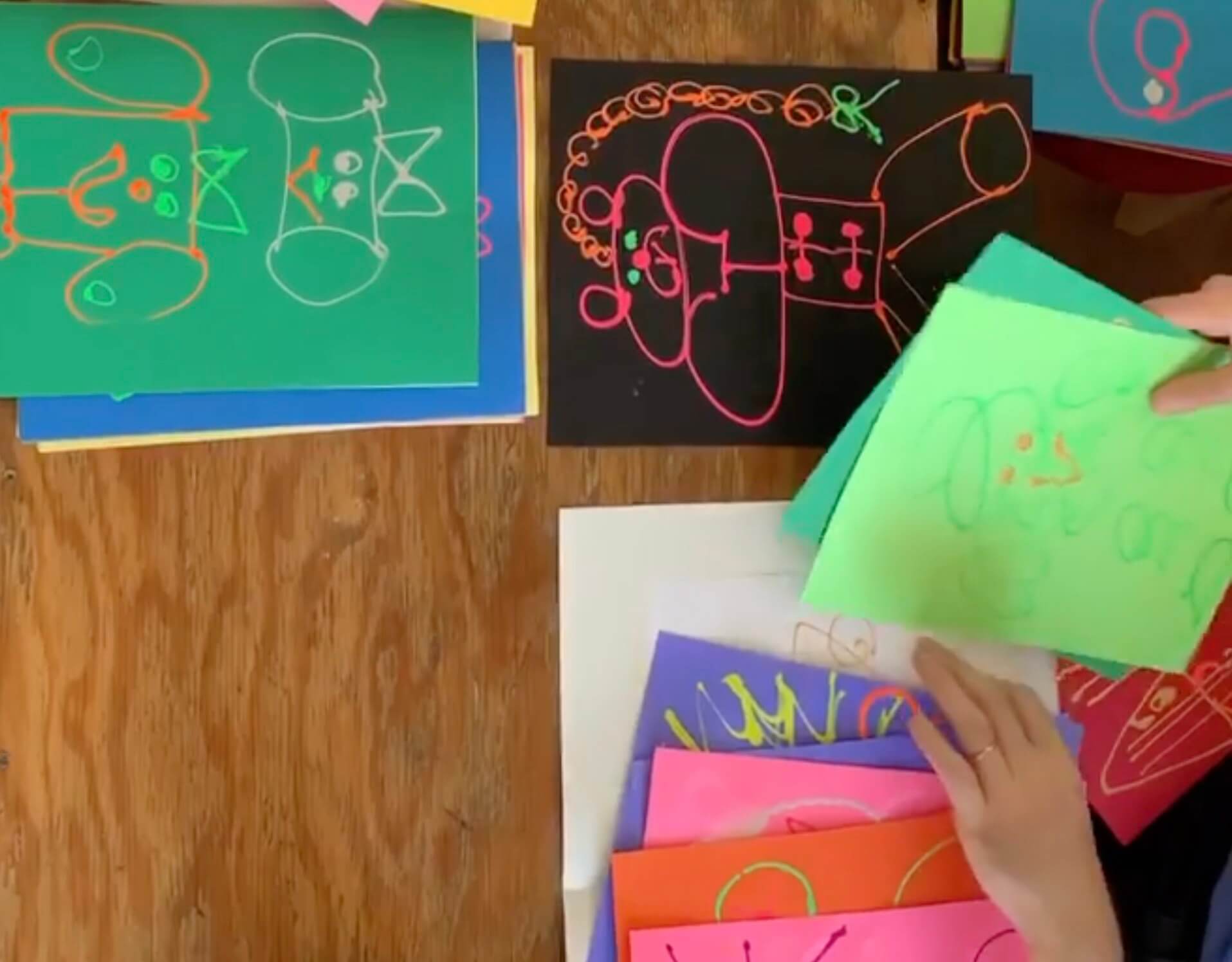 V1 Gallery is pleased to present

Made in her home in Los Angeles during 2020 quarantine, the new works on paper by Misaki Kawai are inspired by omurice, a popular Japanese home food since the early 1900s. With visceral intensity, the works underscores dualities in life between the magic and the mundane, humor and tragedy, chaos and harmony, the cute and the grotesque. Painted in her signature hasty, brushy intuitive style with puffy paint pens in synthetic colors, the new works on paper have a tactile puffy quality, not unlike the Japanese omurice. An analogy with the hybrid creatures that morph considerably, changing color and form.

“I sometimes make omurice which is Japanese home food made with rice and egg. At the end, we draw with squeezy ketchup on top of egg and eat. I continue making drawings with puffy paint pens on paper. Squeeze your pen, and make yum yum paintings!” – Misaki Kawai

Channeling ideas from heta-uma, an anime-derived underground movement coined by the Japanese illustrator Teruhiko Yuasa in the 1980s, Misaki Kawai describes her own work as “bad but good”; it requires a combination of “bad” (technique) and­ “good” (sense) to shortcut conscious and intentional stylistic decisions. Pairing her fluffy creatures with Japanese onomatopoeia non-words or short English attributive adjectives, such as “kuri kuri” (Japanese for “curly”), “cute”, “nice”, “OK”, nonsense and wonder develop with sustained attention.

The Works on paper series presents new online content and original artworks by V1 Gallery artists, made available for one month only at v1gallery.com/store