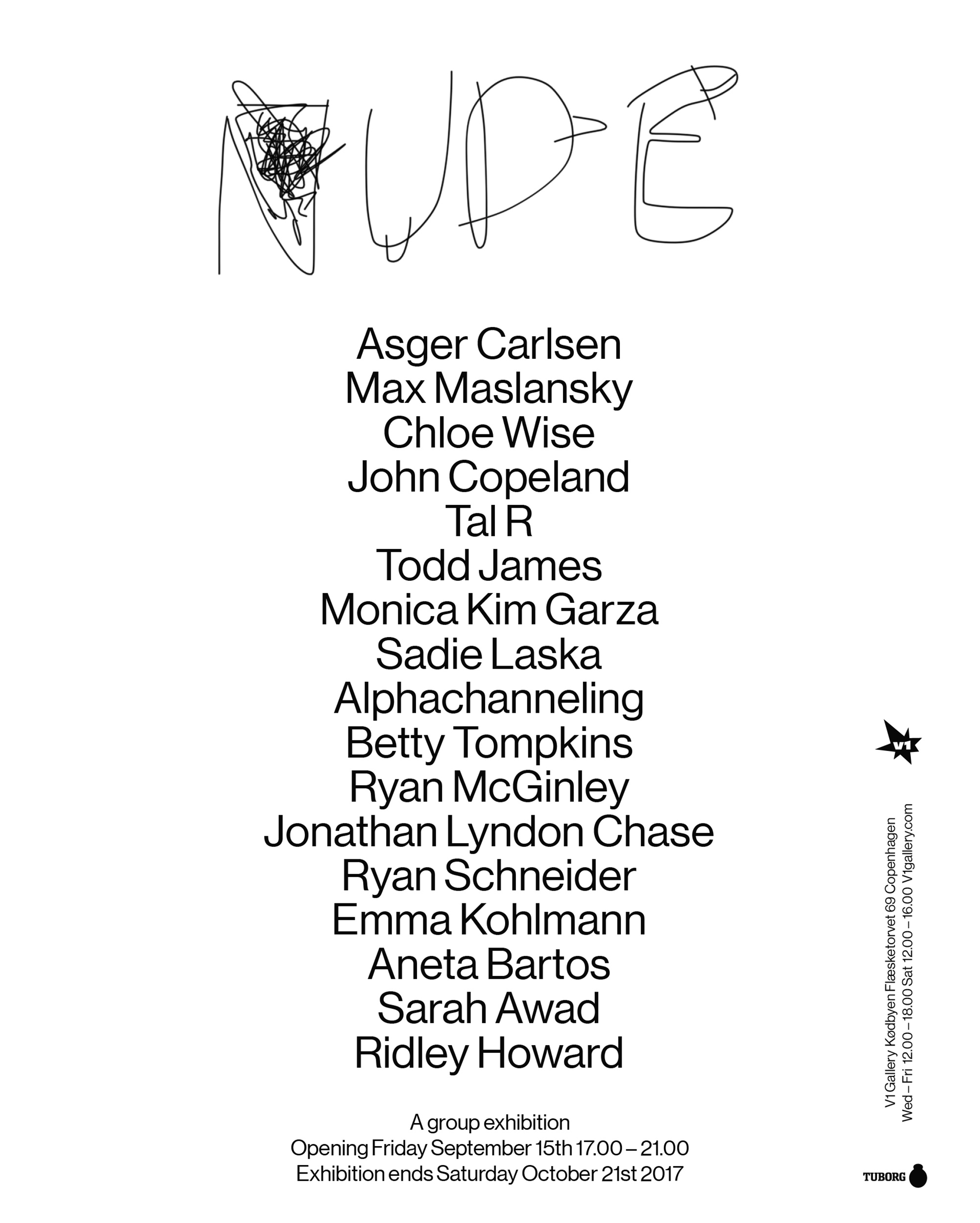 The nude figure has been a significant motif in art since the very first prehistoric art known to us. Through history and shifting cultures the nude has represented human energy, potential and life. The nude has been used to portray admiration for the human anatomy, sexuality and fertility. It has often been used to emphasize the central elements of the human condition.
Nude being a state of being we all recognize. The nude figure has been and is continuously discussed within the fields of art, religion, philosophy, history, literature, anthropology, psychology, biology and media.

Michelangelo famously wrote: “What spirit is so empty and blind, that it cannot recognize the fact that the foot is more noble than the shoe, and skin more beautiful than the garment with which it is clothed?”

Nudity has always been a hot topic of debate. Starting with the biblical story of Adam and Eve, the first man and woman to discover that they are naked and consequently suffer shame and punishment. Today we are still debating the representation of us in our most basic form. Most media and the largest social platforms – Facebook and Instagram – will not allow nude images – at least not if you can see female nipples, for some reason male nipples are acceptable, or male, female or intersex genitals.
The representation of the nude in photography, sculpture, performance, video, painting and drawing is often censored without debate. The most often used argument being that it could offend “somebody” – but exactly what body?

Within the field of contemporary art a group of international artists still seek to explore the potential of the nude figure in a variety of media, prompting us to look and reflect upon ourselves and our perception of nudity and sexuality. For now the art institution is still a safe place to look at ourselves, let us hope it stays that way.

Nude seeks to explore the representation of the nude in art today with curiosity and passion. It gathers work from 17 artists working with photography, drawing, mixed media and painting.

A celebration of the nude figure. 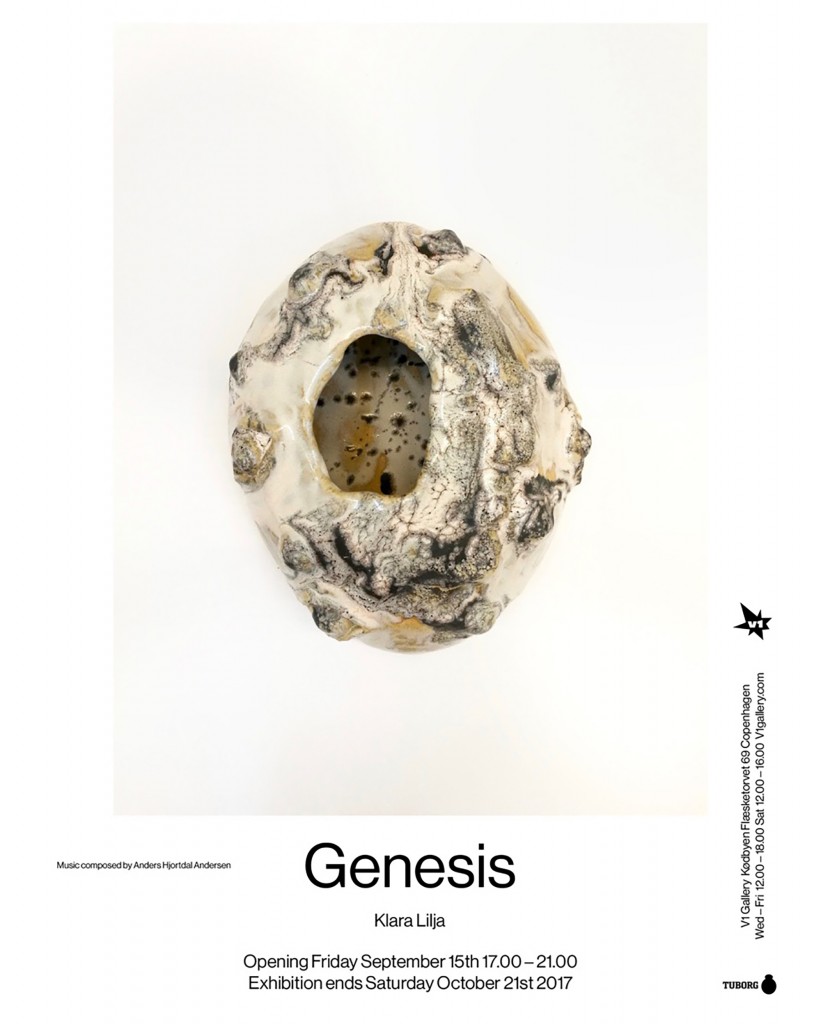 – A solo exhibition by Klara Lilja in the Depot

I imagined the earth as young, warm and very new.
It smells like rain, salt and brimstone.
It is a genesis but humans are not at the center of this story.
Two giant salamanders crawl out of the ocean and up into the jungle where they meet.
Klara Lilja, 2017.

We are in the primordial jungle nest. A large ceramic egg-like structure sprouts eyes and pink ooze (Primordial Eyes, ceramic, 50 x 43 x 62 cm). Ceramic Behelits – fetishes of unknown supernatural origin but thought to create an interstice between the physical world and the astral world – are found throughout the installation. The behelits resemble eggs with human features. On the floor two large ceramic salamanders (72 x 60 x 14 cm) are circling each other. On the walls series of ceramic masks with multiple eyes are observing the observer. A soundscape, composed by Anders Hjortdal Andersen, provides the installation with a beautiful and eerie atmosphere. The mood of Genesis is one of creation but there is also an uncanny tone in the exhibition. It feels like you have trespassed into a scared place with powers beyond reason. A place of ritual.

Klara Lilja, born 1989, lives and works in Copenhagen and attends The Royal Danish Academy of Fine Arts (2014 – 2020).  In her work Lilja combines elements of the occult, biology, manga, realism and myth. Her ceramic objects appear to be otherworldly and timeless. Genesis is Klara Lilja’s first solo exhibition in the Depot. 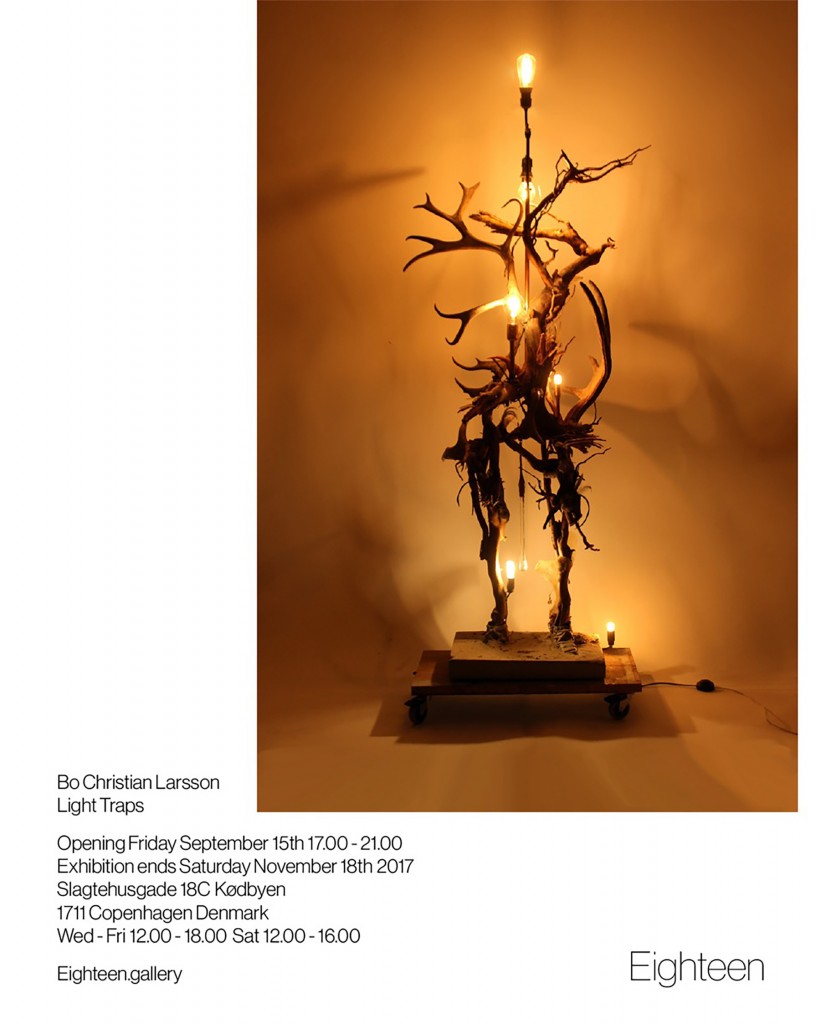 Light Traps, Bo Christian Larsson’s new body of work, consists of 24 sculptures that all incorporate electric light. The sculptures are composed with wood, antlers, fur, concrete, marble, steel, glass, seashells and various other materials. Many of the materials are salvaged or sourced from the woodlands surrounding Larsson’s home and studio in the north of Sweden. The sculptures vary in size: Creaturestands tall as a man – a body of deer antlers, logs, branches, feathers, with a spine of brass and hooves in cement. Forrest Satellite a waist high spider-like creation with iron legs and a core of pine needles capsulated in cast plastic, sprouts a metal antenna that grows into a light disc.
The light traps appear both raw and crafted, simultaneously traditional and avant-garde. They have the magnetic lure of a bonfire and the narrative of a totem. Rich in history and tradition.
The Light Traps are influenced by various epochs in the fields of design, art history, science and craftsmanship.  Marcel Duchamp, Nikola Tesla, Joseph Beuys, assemblage, Dadaism, Arte Provera, folk art, punk and elements of mid-century design can all be traced in the linage of the new sculptures. The sculptures also have a strange tribal appeal, objects that defy logic and the contemporary, they have a ritualistic vein. Listening to the trees in a forest at night. The taste of sweat. Sharpening a knife. The smell of wood. An animal howl. An ancient thought, thought again. An air of the occult. The touch of an old artifact, holding hands with natural and human history. An object of culture meant to be shared through time. In Light Traps you sense a recognition and respect for the materials used and recycled. A thoughtful cosmic economy.

The intersection of the intellectual and the primal has always seemed to be at the heart of Bo Christian Larsson’s practice. A fascination for the untamed, uncultivated and wild, combined with the intention of harnessing the potential of this energy and sharing it, without causing harm or destruction. In Light Traps the two paths seem to coexist, they are not forcefully merged, they merely are, like a right hand and a left hand. Darkness and light. Larsson spent the better part of the last two years creating this immersive exhibition and it is a pleasure presenting his first exhibition in Eighteen.