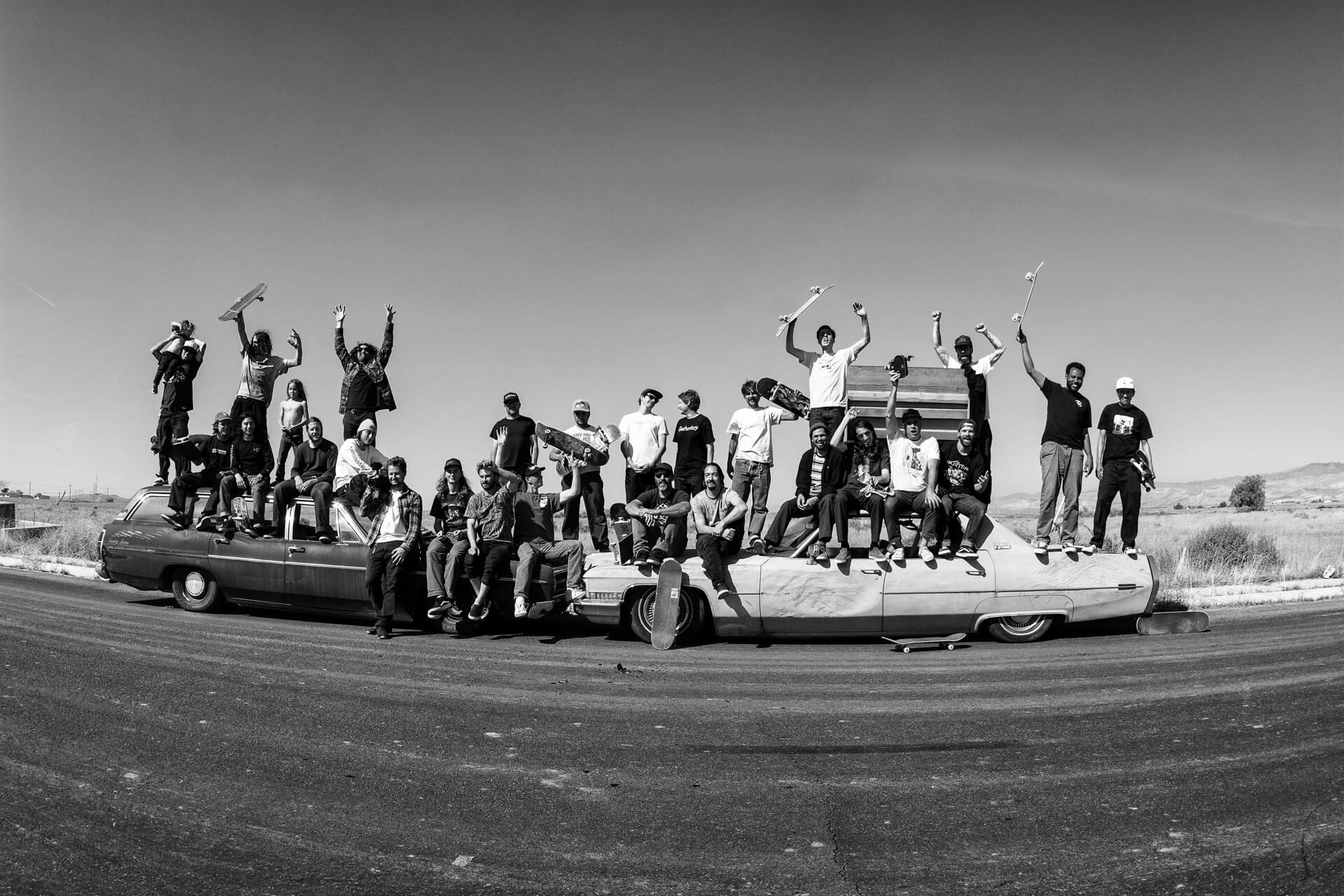 V1 Gallery / Eighteen is pleased to announce that Thomas Campbell’s communal 16mm 57 min. skate-film Ye Olde Destruction (YOD) is finally available for free streaming online exclusive at skateboarding.transworld.net. YOD was filmed between 2012-2019 and released at a screening at Eighteen in December 2019. The hard-cover book featuring the film is available at the V1 Gallery Store

For the last 7 years, the multidisciplinary artist and filmmaker Thomas Campbell has been making a self funded skateboarding movie, mainly shot on a 16mm film called Ye Olde Destruction (YOD) with a solid grip of land sled aficionados building and skating DIY spots, some street action, pools, and other stuff. The movie is really about capturing sessions and the movement of the life and happenings in these situations. Part of the theme and vehicle that propels the film is the driving of two old cars ( one 70’s Cadillac and one black Ford Station wagon) two squads travel around in these cars skating, building spots, creating different skating scenarios, sometimes skating the cars and basically wilding out in said vehicles. In some ways the movie falls into the classic genera of the car movies movie motif ( Bullitt, Mad Maxx or Brown Bunny). The Film is presented in brutal but some how dream scape – ish editing style. Thee entire score of YOD is an originally crafted musical piece by the L.A. Based duo No Age, which turns the guts and hold them there for the duration. Sergej Vutuc the world renowned Berlin based artist – zine maker adding his jacked frenetic script to the mix, as a subtle nod to deep zine realms. Campbell enlisted an A list team of lens men to help him capture the motion picture scenarios and shreddings – French Fred, Jon Miner, Mike Manzoori, Connor Wyse among others. The film embodies and unveils the inter web of a community, a community of outlaws non the less. But a community.