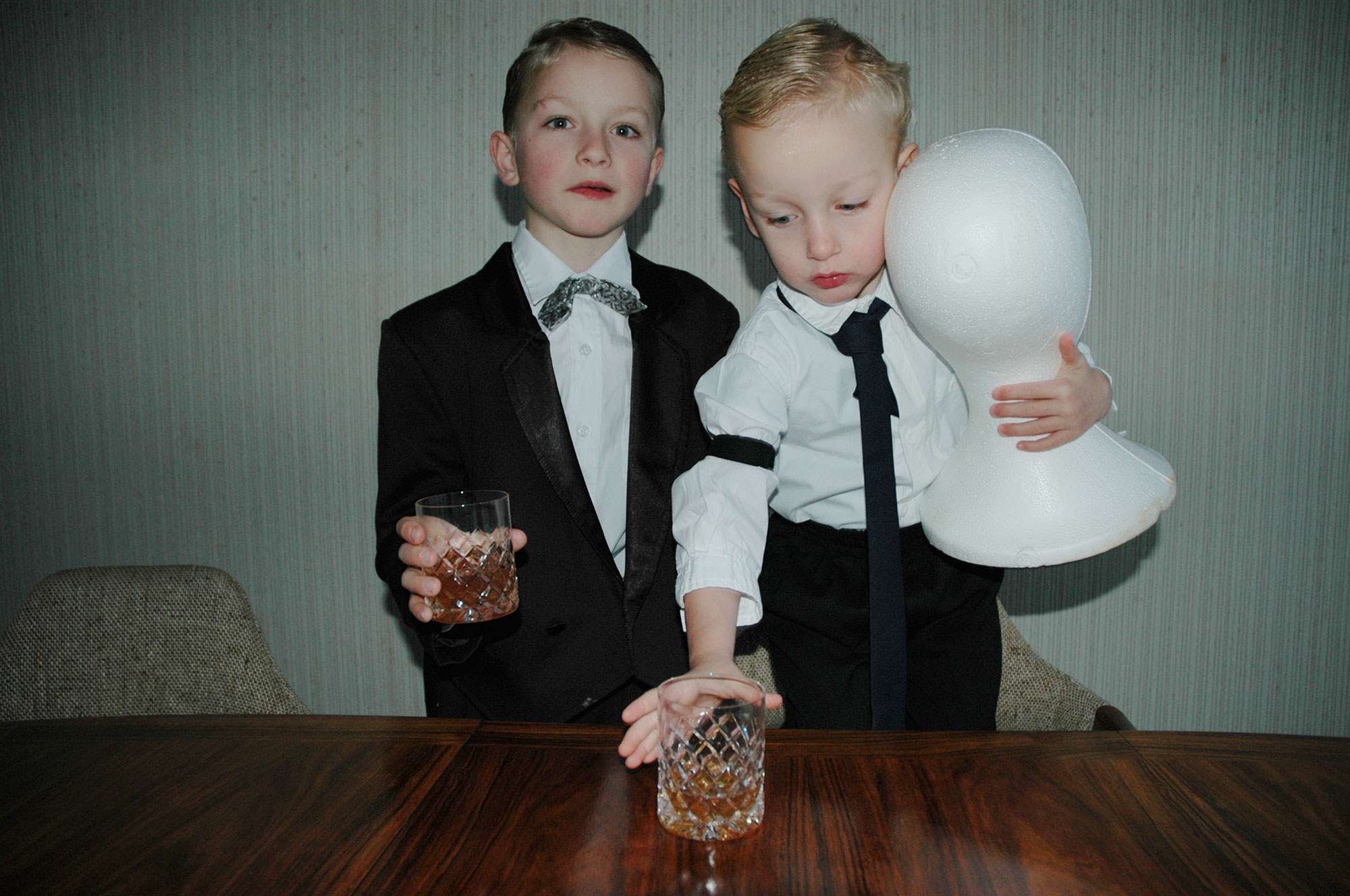 Nephews takes its departure in a tragedy. Frydendahl’s older sister died in child labor leaving behind her infant son and his older brother. As a mean to process the loss of her sister and maintaining her close to heart and mind she began photographing her nephews. Out of a personal need, a unique relationship and collaboration with the young boys was established. They entered an unspoken pact that 10 years later would result in the exhibition and the book ‘Nephews’.

The exhibition consists of 26 colour photographs varying in size and medium created between 2006 and 2016. The works depict the boys coming of age. Playing, contemplating, caring, hiding, performing, not caring and just being. There is an ongoing interplay between the boys and Frydendahl. They seem to inhabit an almost magic space together, where common rules and regulations do not apply or are easily bend for adventure. The same kind of magical sentiment as you will find in Antoine de Saint – Exupéry’s The Little Prince.

Fryd Frydendahl, born 1984 on the west coast of Denmark, divides her time between New York and Denmark. She graduated from Fatamorgana, Copenhagen in 2006 and received an advance Certificate from The international Center of Photography, New York in 2009. In conjunction with the exhibition the New York publishing house Konnotation Publishing will release the book Nephews (182 pages in a first edition of 500). The book will be available at the opening. Frydendahl has exhibited widely. This is her second exhibition with V1 Gallery.

The exhibition is comprised of 7 black and white photos created during Vind’s travels in Serbia and Portugal in the summer of 2016. Magnus Vind, born 1988, Denmark, is a student at Funen Art Academy. A Perfect Day To Chase Tornados is Vind’s first exhibition with V1 Gallery. The exhibition is accompanied by a handbound publication in an edition of 75 created by the artist.

The term Static Vehicle is borrowed from the Paul Virilio’s prophetic 2007 work ‘The Futurism of the Instant, Stop-Eject’ and was originally used in an architectural sense to describe the VHB’s (Very High Buildings) of the present day2. But the term is easily transposed to describe the role of art works in general – as static vehicles of potential meaning. The purity of this equation marries material to an idea, cause to an outcome, and suggests that things are the way they are because they have to be.

Shane Bradford, born 1971, lives and works in London. He continuously investigates the dialogue between painting and sculpture in his practice. Static Vehicle consist of 5 large scale works involving corrugated metal and coloured emulsion. He has recently exhibited in Cologne (Choi & Lager), and Stockholm (Christian Larsen Gallery) and has an upcoming residency at CCA (Mallorca).

We hope to see you,