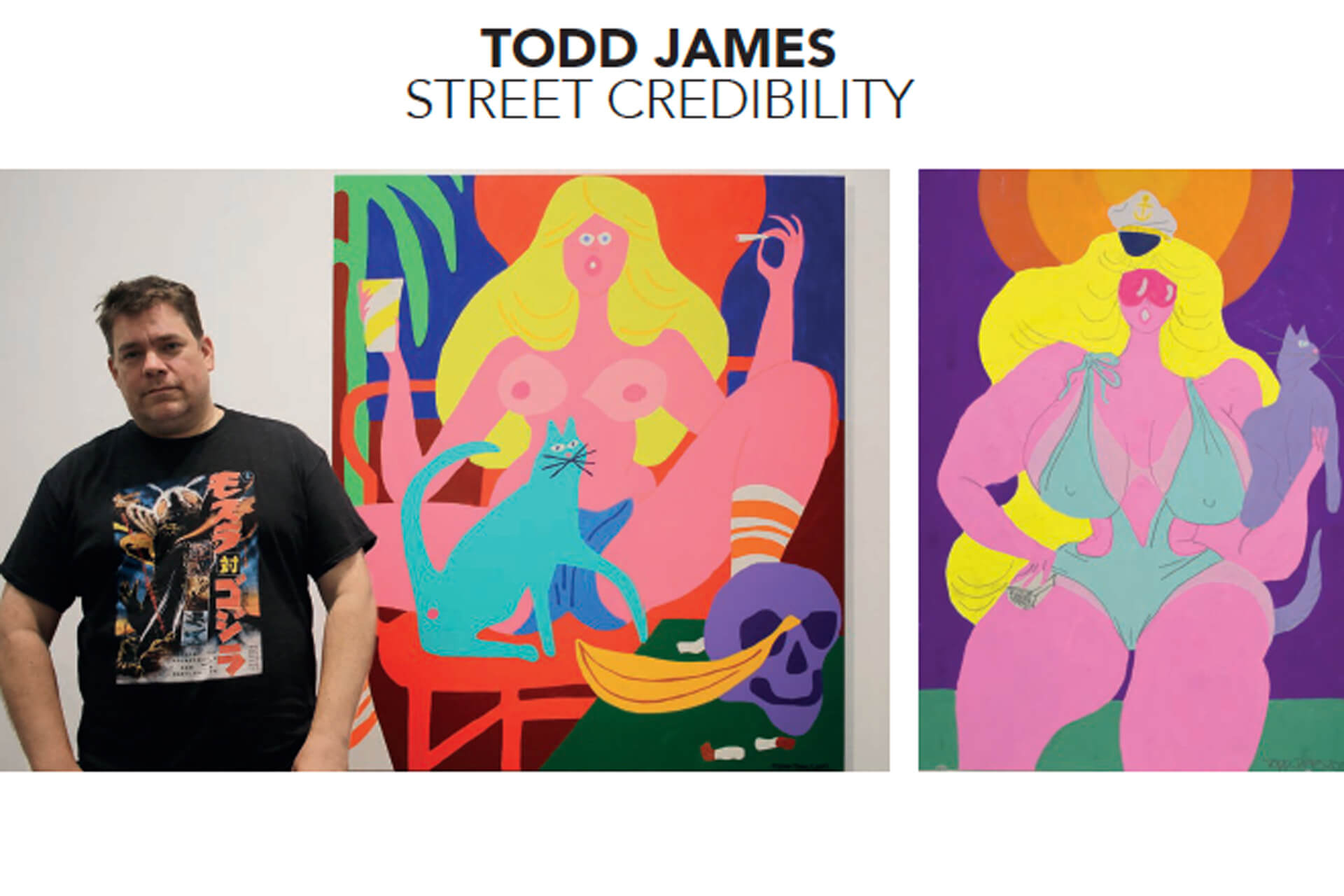 “…I was tagging, I was doing letters, pieces. But, shortly after, when I started to have lots of ideas, this part of irony in the approach of the characters adjusted, and my own vision of the world began to impose itself. It came all alone, and all that is related to the different universes that I liked and a passion for cartoons, when the self-deprecation joins with the naivety… it was the era and the context that wanted that, my age, the environment in which I lived, the neighbourhood of New York where I hung out, full of parameters that make history. We were bathing in a rather wide culture, indeed there was the hip hop, but there was also thee Rock, the Head Metal. In short, it is a conjunction of chances, and of a whole generation which is well granted.” – Todd James