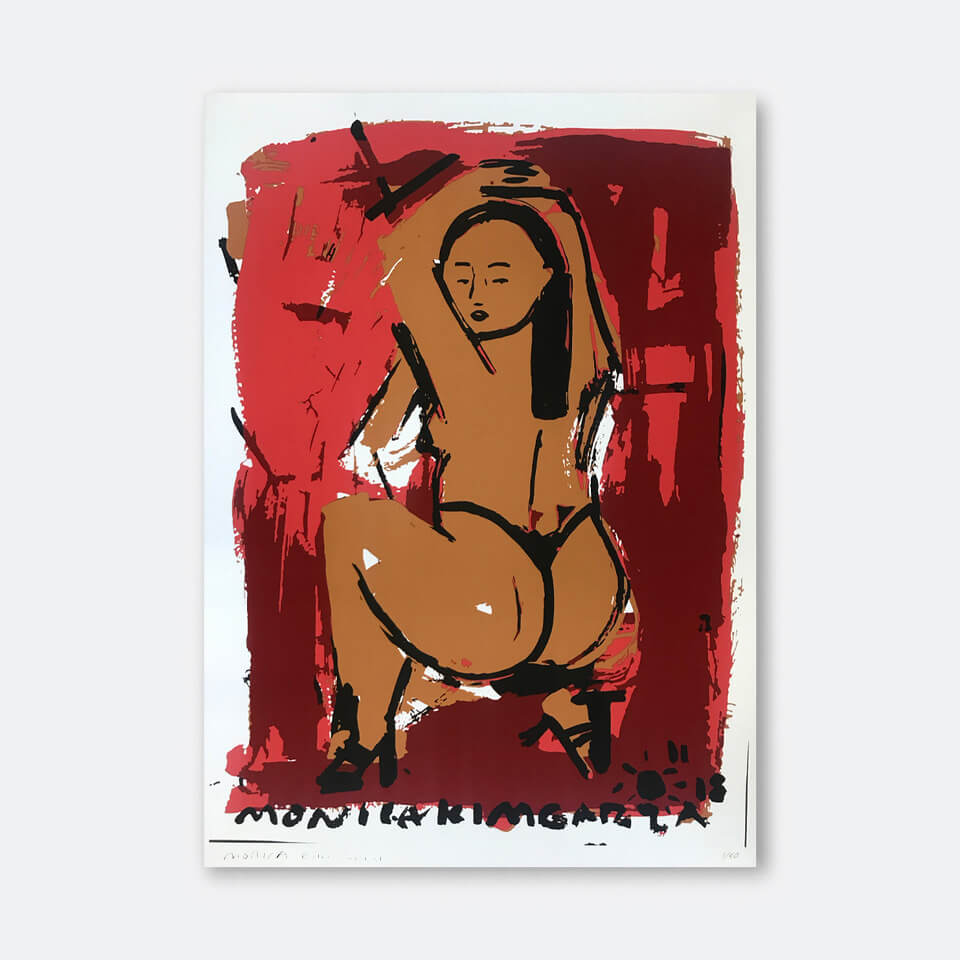 Presenting the third print release with the artist, The Pose highlights Monica Kim Garza’s recurring motif, her idiosyncratic figure, achieving the colorful, painterly depths through the medium of the silkscreen print.

Much like her paintings, the limited edition silkscreen print features Monica Kim Garza’s signature icono-graphy: her idiosyncratic nude female figure, perched in a recognisable, yet arbitrary, pose “somewhere between a sexy dance and a squat,” as Garza puts it, “red lights gleam in the night. Private or public, she poses for her audience.”

Seeing and being seen, the unmistakable features are that of Garza’s own bodily and ethnical attributes. In Garza’s paintings, we find Garza’s alter ego, often flanked by her doubles or soulmates, hanging out, small-talking, smoking, drinking piña colada, lounging, dancing, working out, surfing on the shore, or  day dreaming, self-isolated in contemplation, in an often familiar, yet ultimately, imaginary setting. 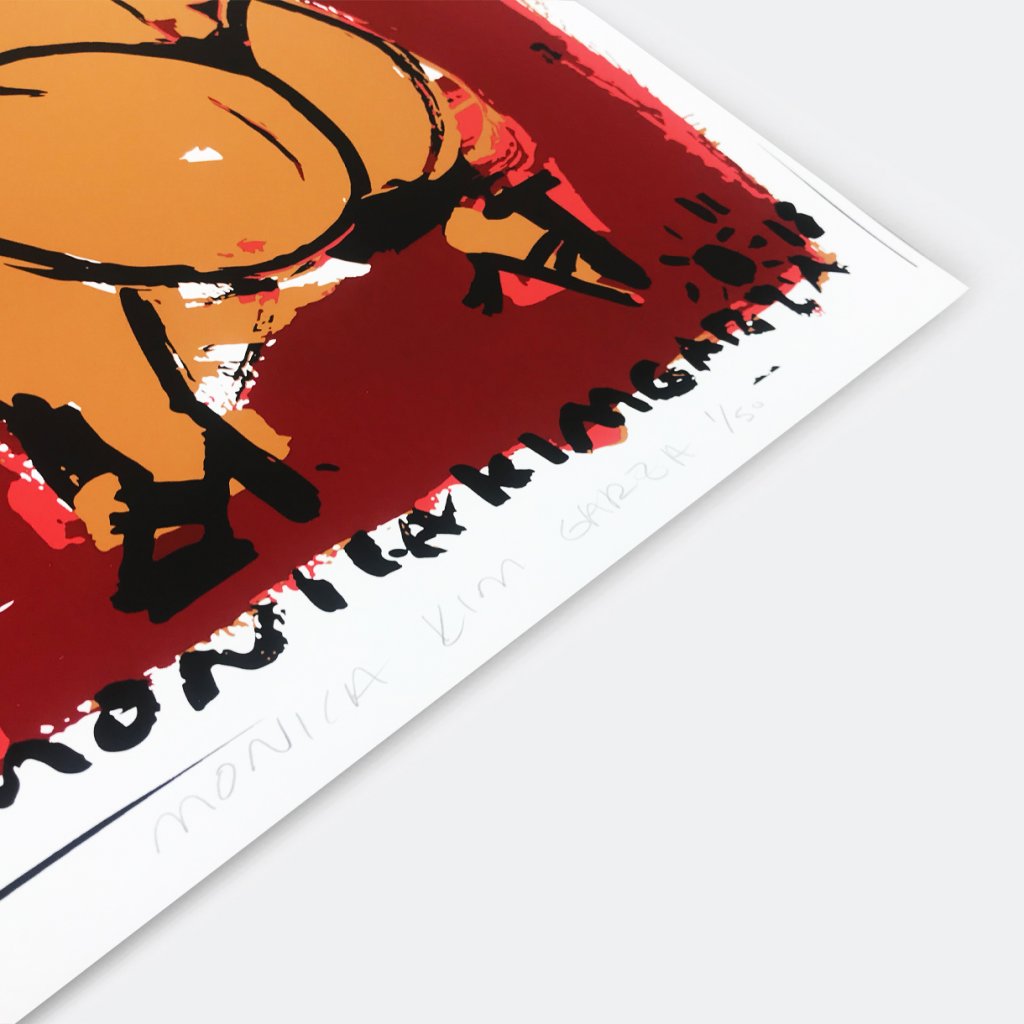 For Monica, the silkscreen print serves as an equal medium for these vivid pictorial imageries, mediated from the realities of her everyday life. From her father’s farm in Laredo, the Mexican-American border-land, and her current hometown Atlanta, she draw atmospheric color fields and vibrant scenes. In The Pose, her gestural brushstrokes are simplified, just enough to set the imagination free.

Within this imagery, Garza explores the complexity and fluidity of modern life, gender, sexuality and intimacy. Instead of criticising or glorifying a new political social order, she starts with her self, her own gender and her own body – her character’s interior world is both reflected and revealed by the physical world around her – and that’s where we start to recognize ourselves in her, gender notwithstanding. 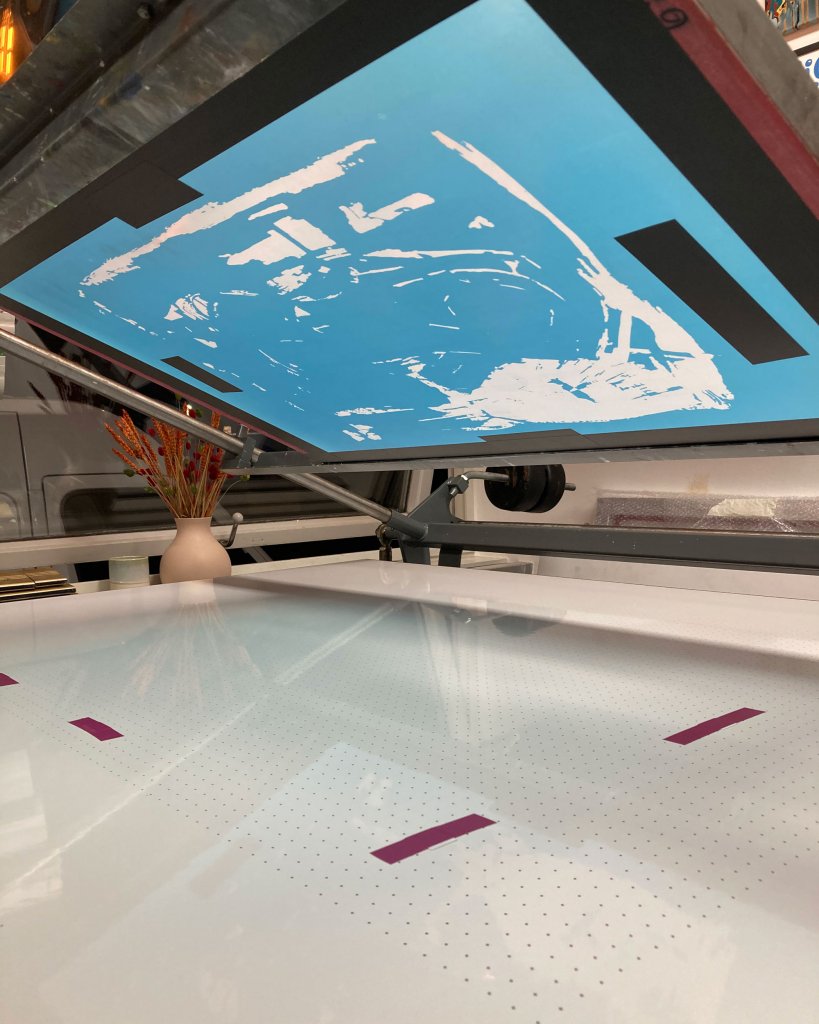 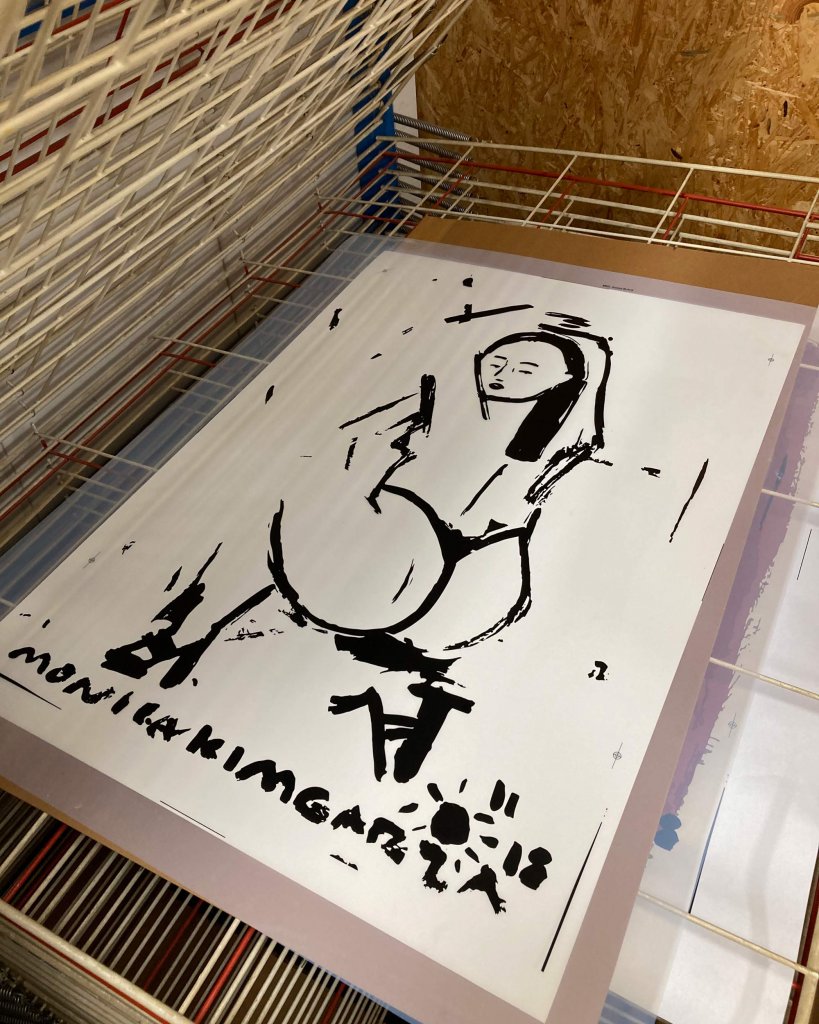 Hand-pulled in Copenhagen in four carefully selected colors, in a limited edition of 50, each signed by the artist, The Pose is released on the occasion of MINE IV.