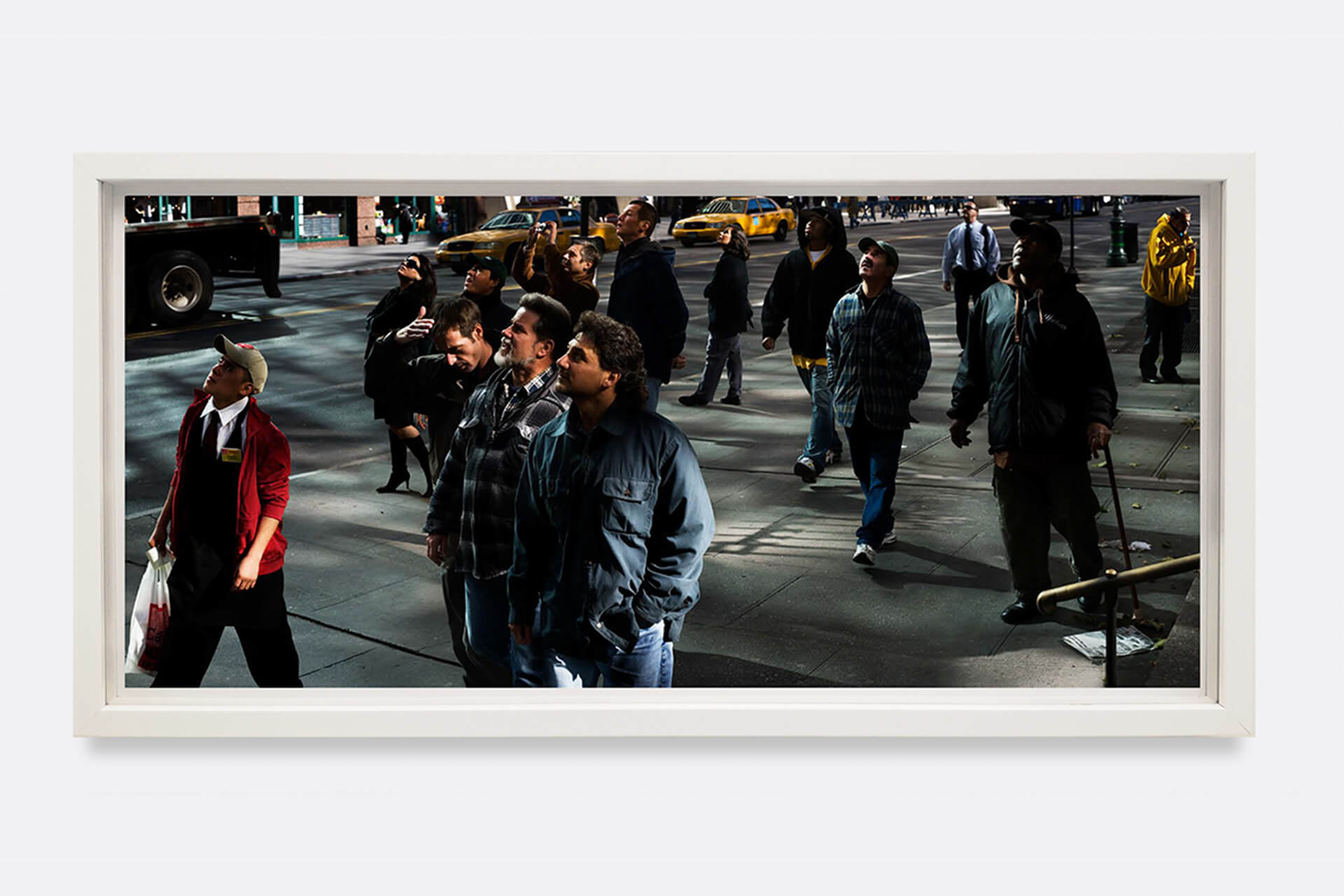 In conjunction with the current exhibitions, Compositions at V1 Gallery, In Reality – Fotografisk Center 25 Years at Fotografisk Center and Go at Sophienholm, V1 Gallery is pleased to present eight new works from Peter Funch’s seminal Babel Tales series in the mini format (26,2 x 58 cm). The new editions of Babel Tales Mini are available for one month only exclusively at v1gallery.com/store.

The pictorial symphony of Babel Tales (2006-2011) forms a landmark in Peter Funch’s (b. 1974, DK) photographic oeuvre. The series consolidates his almost anthropological ability to create patterns in the world’s haphazardness. Simultaneously this series emphasizes his desire to challenge the beholder’s notion of “reality” and “fiction”. Babel Tales focuses on human relations and interaction in a metropolis. Through repetition and juxtaposition, Funch explores our collective behavior and patterns in the public sphere. His uncanny works raise questions of “reality” vs “fiction”, and they challenge the notion of photography as being a depiction of a certain moment in time. Funch’s works are documents of moments that has never existed, as they are composed of thousands of frozen moments. By shooting at the exact same spot, during a period of time, Funch is able to superimpose images, and he hereby creates a fictional work based on documentary photography.

“Humans most often can only experience time in a linear manner,” Peter Funch said in a 2013 interview. “Breaking away from a linear perspective of time does not make an image ‘untrue’.”

In the work Observing Observers, a crowd in a street in unison orient themselves towards a certain location outside the frame of the picture. As the title of the photograph implies, the viewer beholds a group of observers, but it is uncertain what these observers are observing. Upon reflection one understands, however, that it is also uncertain what oneself is observing? The title of the series refers to the vision of the Babel Towers, but also alludes to Paul Auster’s story City of Glass from his seminal New York Trilogy. As Auster, Funch is no stranger to New York.

© V1 Gallery and the artist