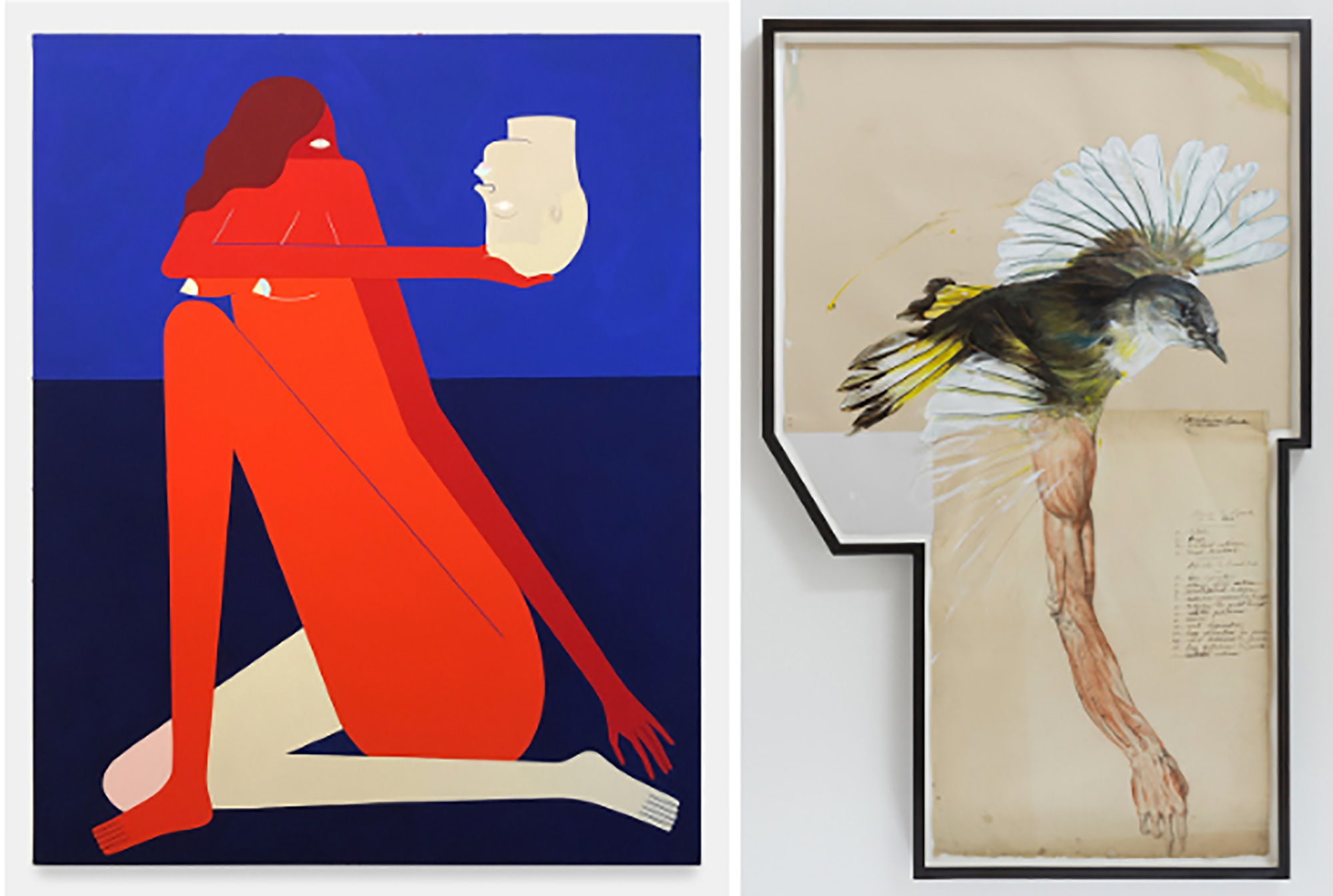 The title of the exhibition is a reference to Pieter Bruegel the Elder’s infamous painting The Misanthrope from 1568. An inscription in Flemish at the bottom of the painting reads: Om dat de werelt is soe ongetru / Daer om gha ic in den ru (“Because the world is perfidious / I am going into mourning”). The suggested moral of the painting being that it is impossible to exclude the world and hide in your own thoughts. We have to face the difficulties and problems before us and not abandon awareness and responsibility. This is the context for Colman’s new body of work – 13 paintings on canvas in various sizes ranging from 76 x 76 cm – 152 x 213 cm. The paintings depict women in a state of reflection and contemplation. Most of the works are executed in a muted palette, black hues, dark blue and brown. Colman’s signature figurative style is reduced to an almost minimal abstract language in the new works. The women depicted are reflecting on, not retracting from, the present state of the world.

Otherworld explores the passage between worlds. Our world and the Otherworld. Since the dawn of humanity the passage has intrigued thinkers and artists alike. The passage is described in religious, mythological and metaphysical concepts throughout the world. In Carlsen’s version we are met by three bronze sculptures of Psychopomps – literally

meaning the “guide of souls” – creatures, spirits, angels or deities in many religions, whose responsibility it is to escort newly deceased souls from earth to the afterlife or Otherworld. The sculptures (Fates #1, #2, #3) are birds that instead of one wing have grown a human arm. In form they are trapped between animal and human, being neither or both. Morphed mediators that appear both strong and gracious while at the same time in a state of conflict and distress. Four works on paper in irregular jagged frames (Mediator #1, #2, #3, #4) elaborate the concept further. In these works Carlsen combines vintage anatomical charts with beautiful renderings of exotic birds. Half scientific study, half dream. In two large tableaus (220 x 160 cm) Carlsen engages the rite of passage. Otherworld is a metaphysical meditation. We know how we enter the world but how will we exit?

The openings are for everyone. Free admittance. We hope to see you,