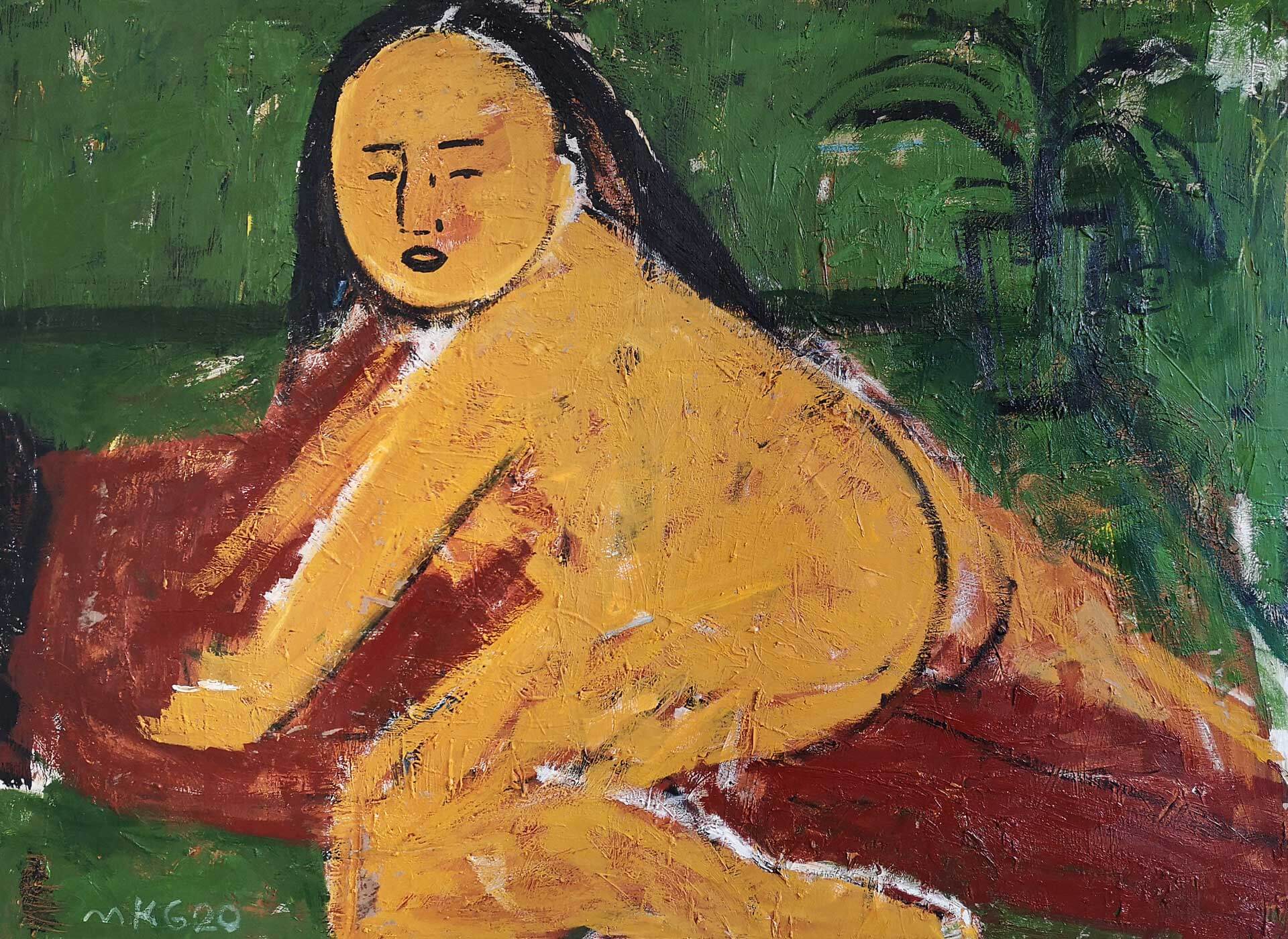 “Monica Kim Garza also had a breakout year in 2020, with solo shows with her dealers in Copenhagen and Los Angeles – V1 Gallery and New Image Art Gallery, respectively. Being selected by Nina Chanel Abney for “Punch,” a group exhibition she curated at Jeffrey Deitch’s L.A. space in 2019, probably didn’t hurt, either. Garza, an Atlanta-based painter of Mexican and Korean descent, has built a devoted following with her distinctively colorful and angular renderings of partially or entirely nude bodies in a mix of classical and contemporary scenes, from quasi-Impressionist picnics to figures examining fruit in a bodega. On Artsy, Garza’s paintings range between $2,500 and $5,000 for a work on paper, or between $9,000 and $17,000 for larger works on canvas. Demand for her work on the platform increased nearly tenfold between 2017 and 2020, which was her biggest year to date in terms of the number of collectors inquiring about her work—though at the current pace, 2021 could well surpass that benchmark. All that primary-market demand has yet to translate to the secondary market. But given the level of collector interest, it seems probable Garza’s work will make its auction debut before the year is out.”

Pictured: Monica Kim Garza, Me Atop My Lover, 2020
Courtesy V1 Gallery and the artist