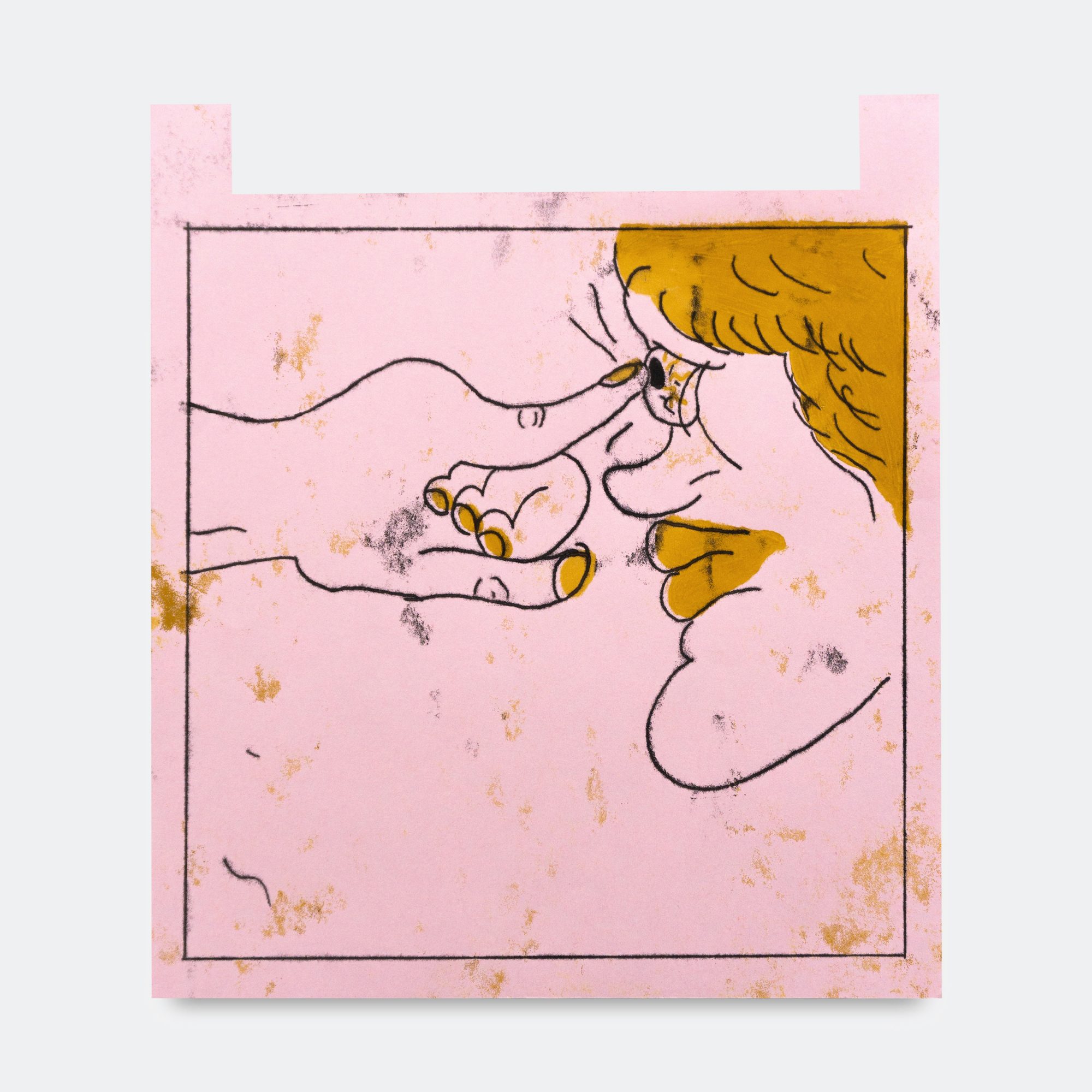 Like an exquisite corpse (a collaborative drawing game first invented by the surrealists in the 1920s) the collaborative drawings by Mike S Redmond and Faye Coral Johnson (MSR & FCJ) are repetitive and never pre-described operations, distorting and disorienting our most familiar of referent. Through a constant merging of two minds, it becomes difficult to tell where one ends and the other begins. Faye’s hand – imperfect, sketchy and experimental – slots right in with Mike’s dynamic cartoonish characters. It is a “moderate” horror show interspersed with smoking joggers, butter-fingered painters, flying musicians, pixies on branches, handwritten warnings and depictions of all manner of odd but enchanting circumstances.

Unique works on paper
Signed by the artists
Each 55 EUR 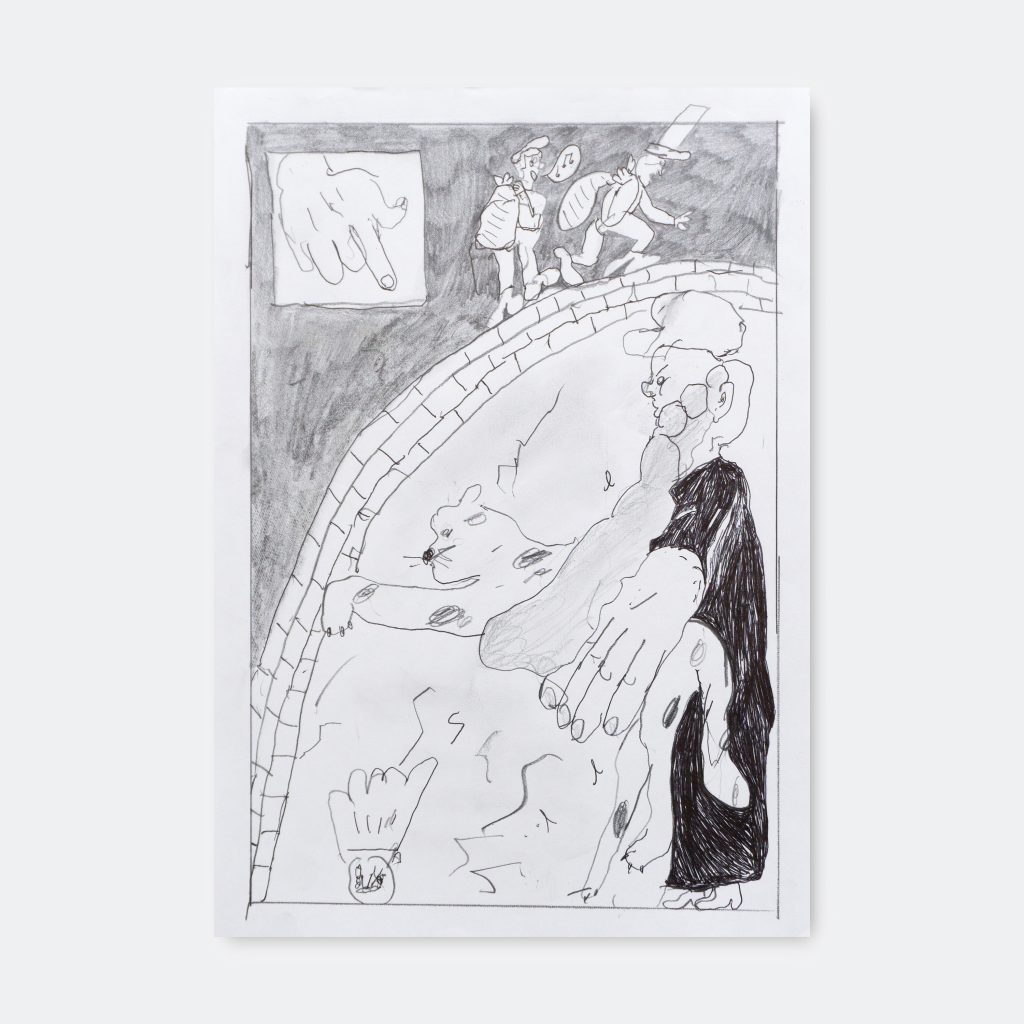 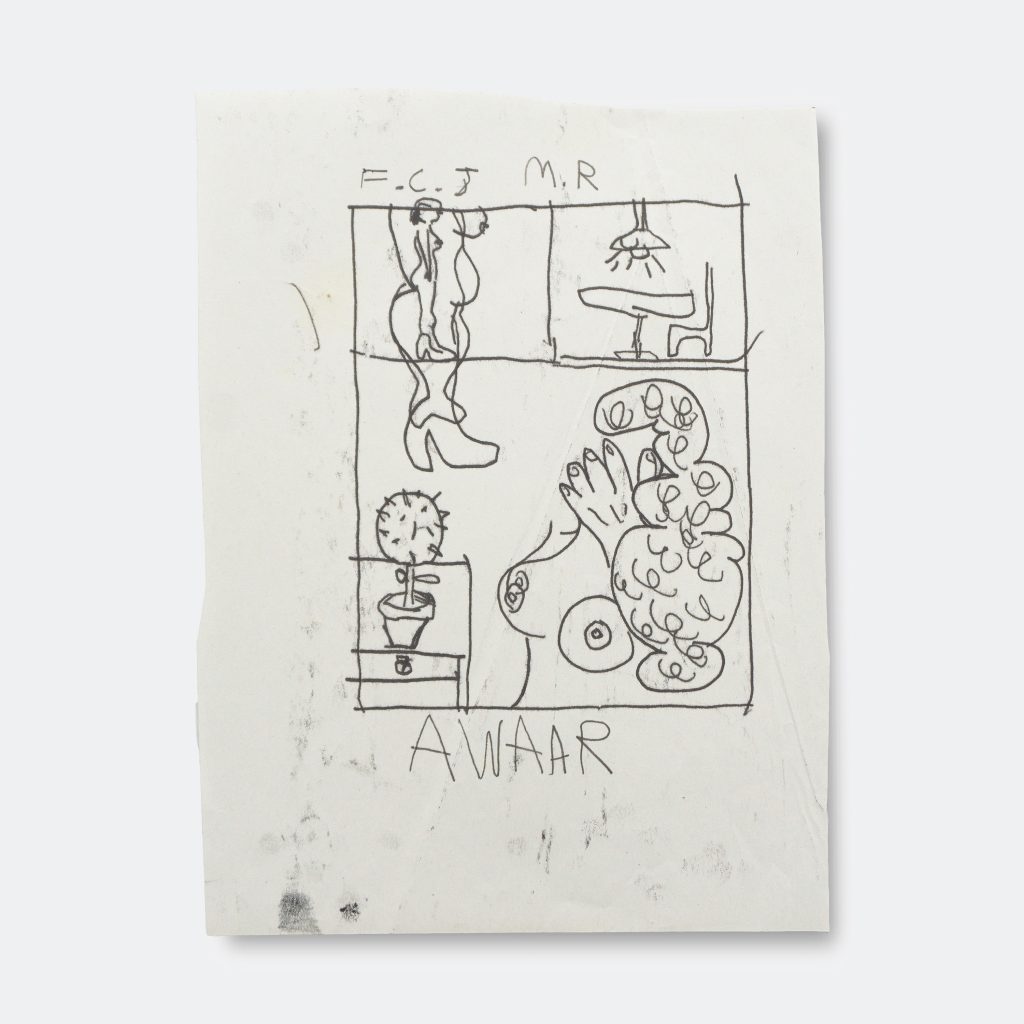 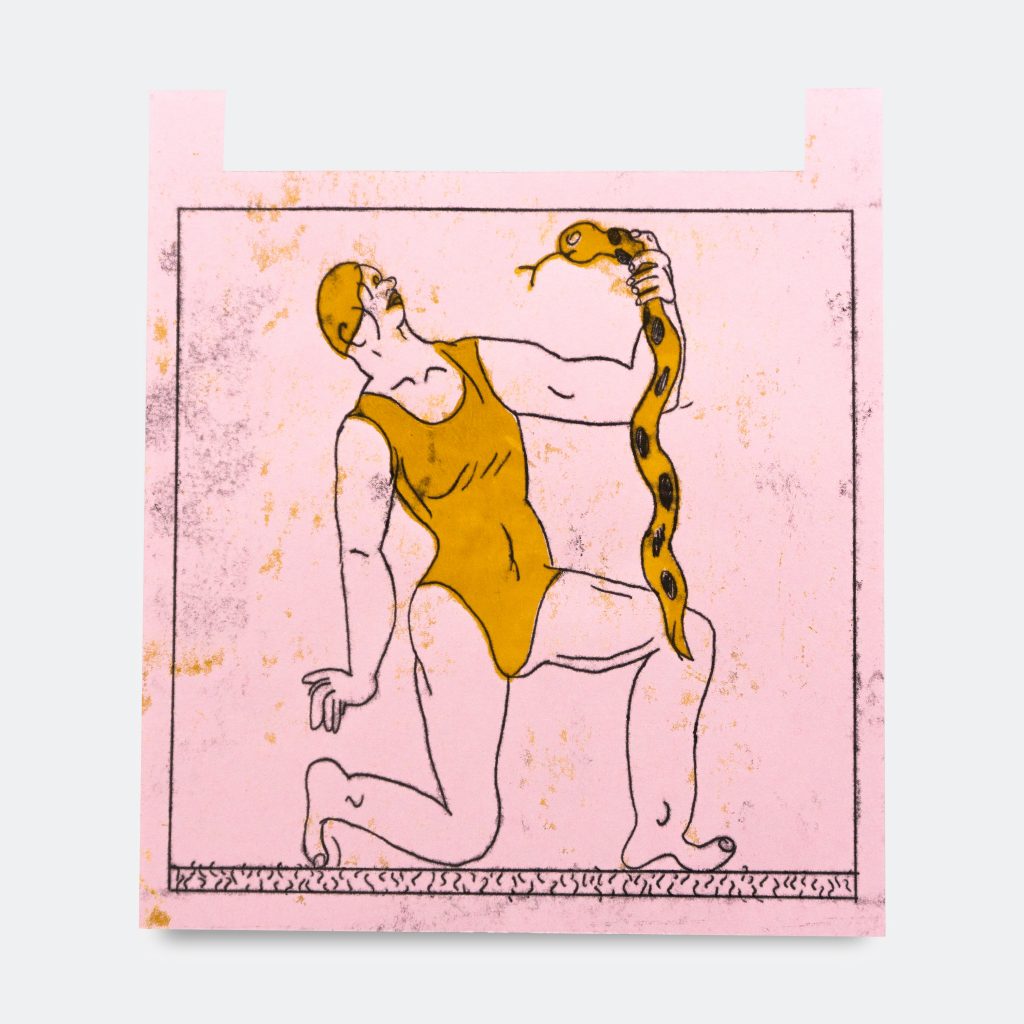