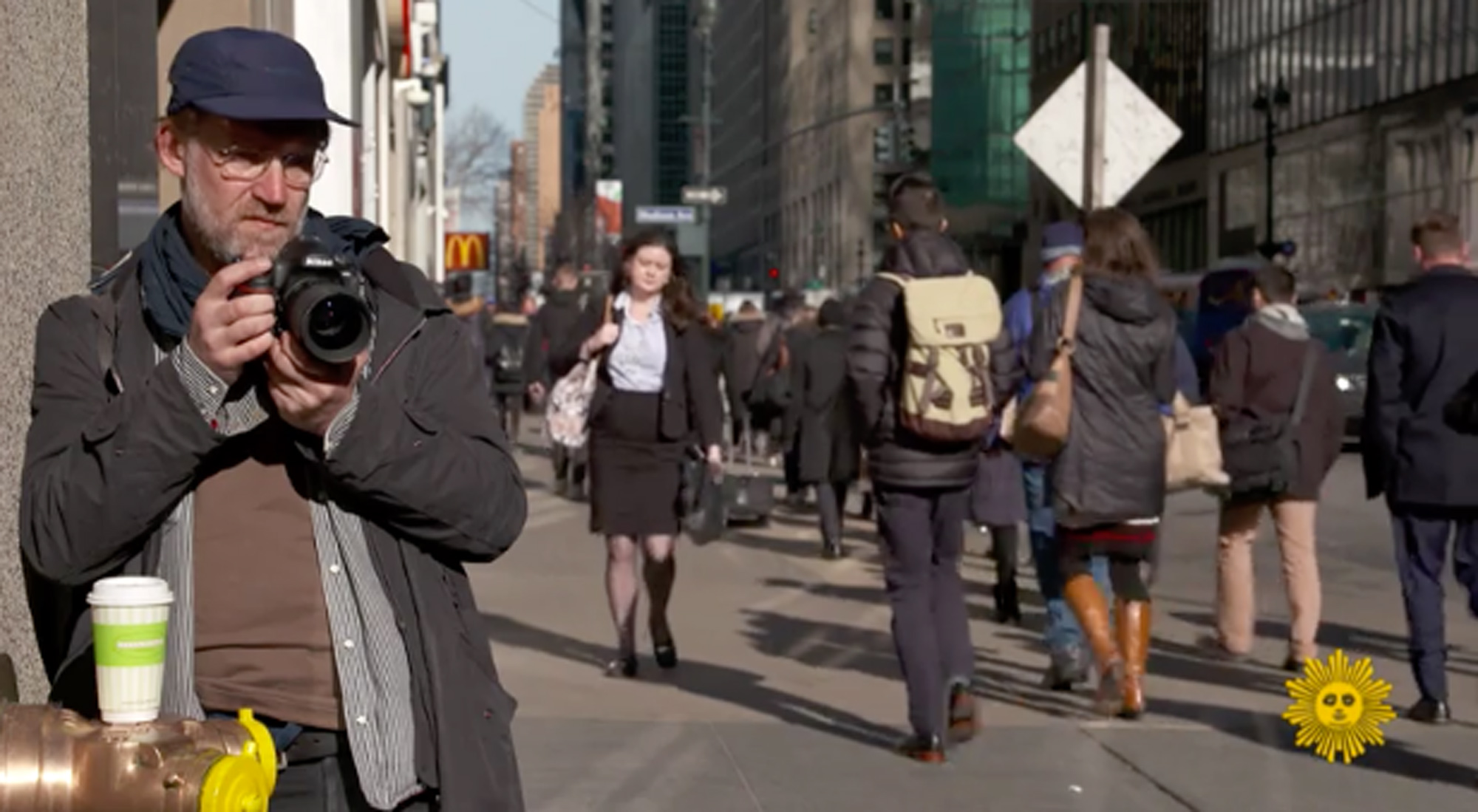 INTERVIEW: CBS NEWS made this video interview with artist and photographer Peter Funch on his recent series 42nd and Vanderbilt:

In all, the Danish photographer spent nine years outside New York’s Grand Central Terminal, at the corner of 42nd Street and Vanderbilt Avenue. If you were in the neighborhood, you may have noticed him noticing you!

“I start recognizing some of the people, like, ‘Okay, she comes again. He comes again,'” he told Miller.

Not so long ago, Funch put his photos into a book, named for the corner that consumed so much of his life, and theirs.

“I love the story about the everyday, regular people,” he said. “It’s me in the street. It’s them in the street. That’s the people and the stories I’m looking for — the unstaged, real moments. I think that’s the most fascinating part.”

Go read the interview and see the video at: Photographs Of Commuters Peter Funch 42nd and Vanderbilt