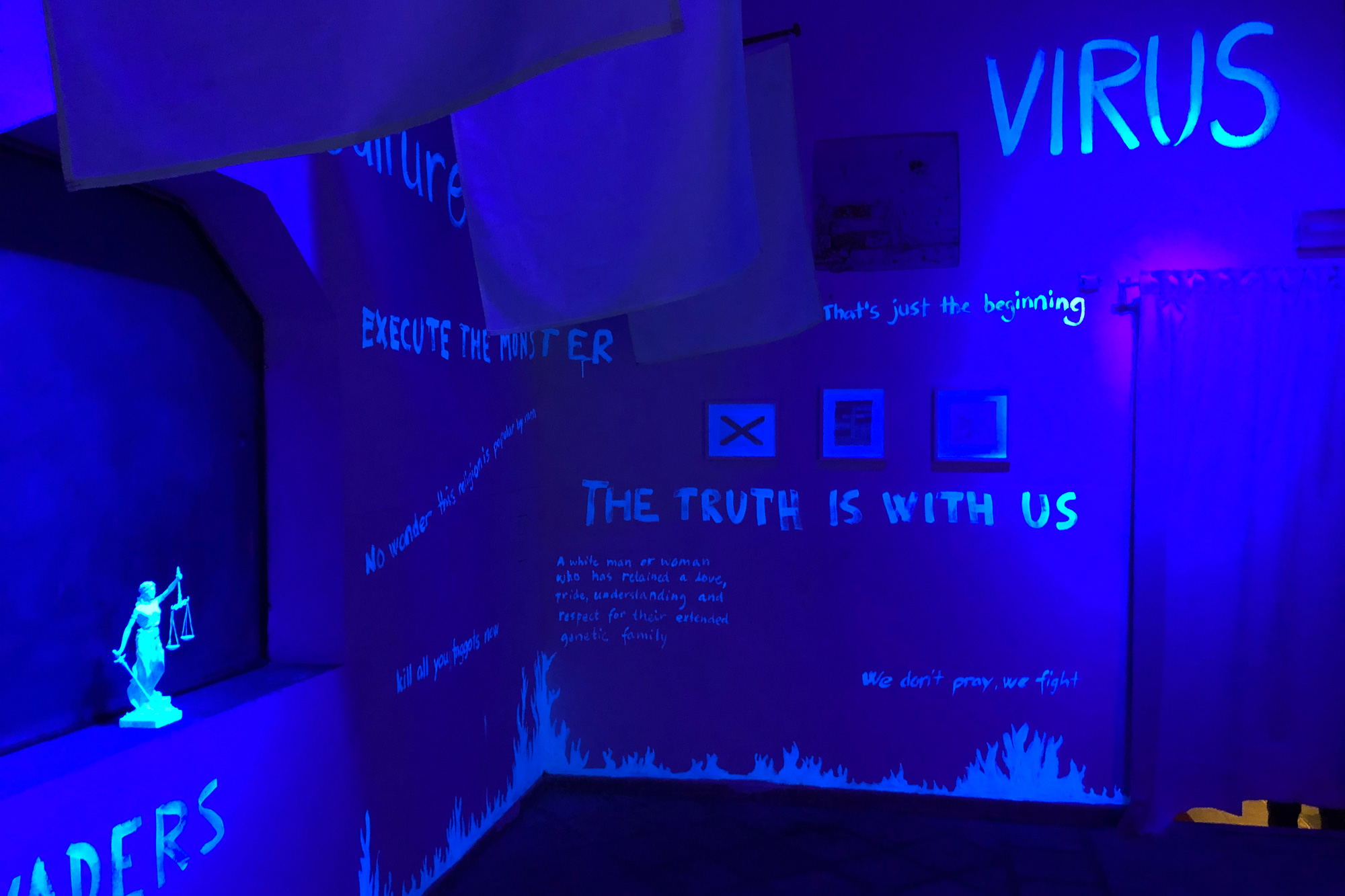 INSTALLATION: The Invisible Territory
In the backroom of Piano B Ristorante
Exhibition period: June 16 – August 6, 2018.

“In another wing of the building, which used to function as the students’ common room, Danish artist duo Hesselholdt & Mejlvang created a terrifyingly poignant work that reflects the alarming racist and nationalist political sentiments popping up globally. Culled from message boards and comment sections online, a series of hate-filled words and sentences are scrawled in luminous fluorescent paint on white walls, and only appear under black light. Visitors enter an all-white, uninspiring and unfurnished room with a small kitchen and several white flags hanging in the middle of the space; after a couple minutes, the room goes dark and all the messages become visible. Hesselholdt & Mejlvang’s work often deals with nationalistic tendencies, and this time seeks to reveal the increasing presence of unchecked hate speech in all corners of the internet.” – berlinartlink.com

PERFORMANCE: For a Better Tomorrow
Piazza Magione, Palermo, June 16 from 9 am.

Inspired by the sand mandalas Hesselholdt & Mejlvang perform a ceremonial sand ritual. By combining a hybrid of flag designs and a scale of human skin colors, they symbolically dissolve and question nation states and racial hierarchies.

The projects are supported by The Danish Arts Foundation and The Danish Embassy in Rome.