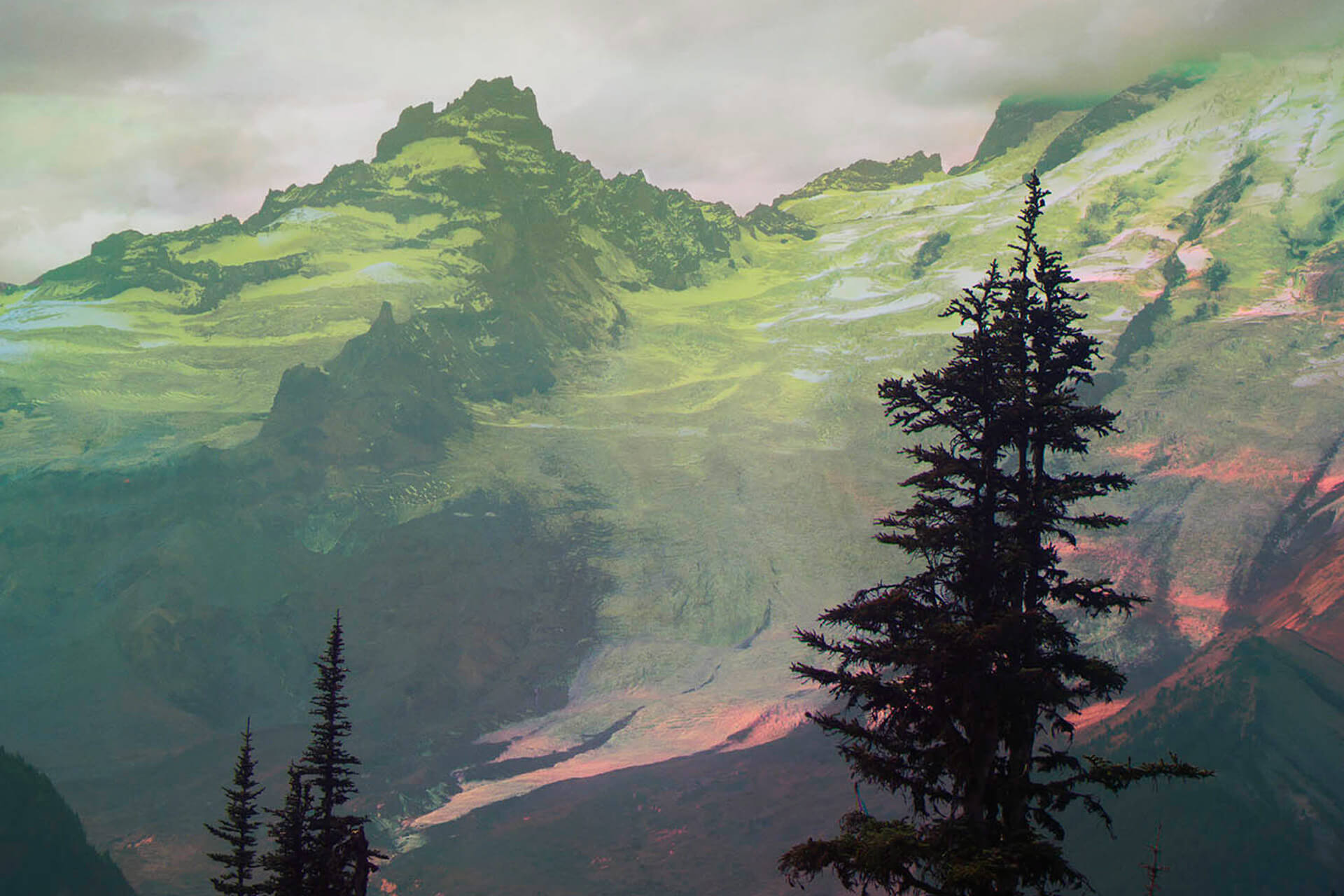 V1 Gallery is pleased to present

A duo presentation by Peter Funch and Chris Duncan

Peter Funch’s (b. 1974, Denmark) latest project, The Imperfect Atlas, addresses time and its passage on multiple levels: the spatiotemporal change of a landscape, the reimagined wilderness captured in three distinct RGB separated exposures transposed as one and historical narratives on the brink of both rediscovery and reinvention. The project features images captured during Funch’s many trips to the Northern Cascade Mountain Range, USA. The works reflect on how human interaction with the planet has changed it in the Anthropocene. This reflection happens through the change in the possibilities of photography, where Funch combines manual and digital methods in order to imbed the work with both time and craft. The works are composed of three digital photos, where Funch holds a red, green and then a blue filter in front of the lens, the three digital files are then converted into slides to produce one manually manufactured print.

Chris Duncan’s (b. 1974, USA) practice is on the verge of traditional photography, while simultaneously being the oldest form of photography. Duncan hangs colored fabric in windows, drapes skylights and wraps objects like cymbals, bricks, rocks in textiles and leave them on rooftops, subsequently imagery emerges through time (6-12 months) and by the ultraviolet exposure from the sun. For the Paris Photo presentation, Duncan started a new series of red, magenta, brown, green, blue and black canvases that were placed on rooftops in San Francisco in April to coincide with the full moon. The works were fully exposed in October and are now presented at Paris Photo.

The title of the presentation is taken from an old Creedence Clearwater Revival song from 1969 – before we were talking about climate change – the song predicts natural disasters and states “Looks like we’re in for nasty weather”, which holds true in many ways in 2019. Both Funch and Duncan’s work revolve around exposure, time, change and climate – without being organically correct. Their practices reflect on human behaviour in relation to time and measures humanity against the mountain.

A wooden cabinet in the shape of a mountain will serve as bench and book display in the booth. A new very limited hand-crafted publication from Chris Duncan will be available on the occasion of Paris Photo. The Imperfect Atlas, a new monograph by Peter Funch, published by TBW books and V1 Gallery, will be released at Paris Photo. Funch will be signing books in the booth Friday, November 8, 4-5pm. Pre-Order now at V1 Gallery Store